All about the Norway Rat

It is not known why the Norway rat takes its name from Norway; it was once thought to have originated from China. The Norway rat goes by many, many names due to its abundance across the world. The Norway rat might also be called a common rat, sewer rat, or Norwegian Rat and they reside on each and every continent in the world. In fact, it is the most successful mammal second only to humans.

The Norway rat is easily recognizable by its coarse brow or gray fur. The common rat can vary in length depending on its living conditions and can grow up to ten inches long, with a tail as long as its body. On average, the rat weighs about 19 ounces. It is not uncommon for large males to reach a full 32 ounces.

The sewer rat, much like others of its species, has a keen sense of hearing. These rodents are also sensitive to ultrasound. Perhaps this acute ability to sense sound is an overcompensation for weak vision. Norway rats are often albino, lacking pigmentation and are prone to poor eyesight because of it. A Norwegian rat can, however, detect ultraviolet light as well as create ultrasonic noises.

Norway rats are most easily spotted at night when they are most active. These critters are likely to be scurrying or swimming, but they make for very poor climbers. Norway rats were once thought to have a superior thinking ability similar to humans, called meta-cognition, but it is now widely accepted that the behaviors rats display are due more to conditioning than any actual elevated thought process.

Norway rats are commonly found living in close proximity to humans. Alternatively, the animals prefer damp conditions that have an abundance of greenery, such as a riverbank. Urban-dwelling Norway rats do not travel as far each day as their country counterparts.

This common rat lives to eat and will eat most anything. As with any species, the Norway rat’s habitat relies heavily upon the nearest food source. These pests will usually stay within about 70 feet of their nest, so if you see one out and about, chances are, the rat nest is close by.

Norway rats inhabit nearly every region in the world, with the few exceptions of the Arctic, Antarctica, as well as some remote islands.

The average Norwegian rat lives approximately three years, and they reach maturity at five weeks of age. These critters can breed any time of year. With a short 21-day gestational period, females have the ability to produce up to five litters each year. Litters vary in size and can reach up to 14 pups. While the common rat averages a three-year lifespan, it reaches maturity at about five weeks of age, and can then reproduce.

As with dogs, rats create a social hierarchy. Groups of rats will rough-house with one another and are happy when jumping, chasing, tumbling, and boxing with one another.

Norway rats are pesky to humans at best and life-threatening at worst, given the diseases they can carry. Humans however, have discovered a usefulness in this generally unwelcome creature. In recent years, the selective breeding of the common rat has led to the production of the Albino Laboratory rat. This species allows for ideal research opportunities. 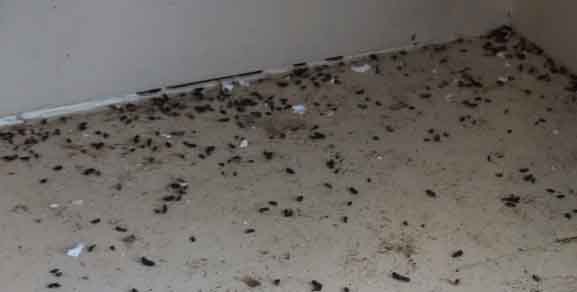 Aside from research subjects and the occasional pet, these animals are mostly regarded as unwanted pests. From the rat poop or chew marks, the telltale signs of rat residency, to the pitter-patter of running paws. Domestic rats are known to make an audible sound with their teeth, known as bruxing. This teeth grinding behavior is thought to be a comforting tool for these tiny rodents but it has also been seen in cases, much like humans, when they are under stress. While not very loud, it is a distinctive sound you can tune your ears to.

They were also thought to be one of the main contributors in spreading the black plague – a deadly virus which was one of the most deadly outbreaks in the 1300’s. Due to their choices of habitat, ability to reproduce at great speed and desire to travel and sometimes bite, they quickly established themselves as one of the most deadly rodents in the world. They still maintain this reputation today and while they no longer carry the black plague virus they do carry others potential diseases.

Pest control methods for Norway rats vary by rat infestation location and size. Baiting and trapping are by far the most common methods used by professional pest control technicians as well as homeowners. If you choose to use pesticides, please note these can be toxic to pets and small children. You should follow the instructions for correct application procedures. If you suspect that a pet has consumed bait, contact a veterinarian immediately.

You can also use bait stations as an effect control method to get rid of these rodents. Bait stations lure the rat to come out of hiding but can also pose a threat to household pets that may also see it as a bait. You should always make sure that your trap or bait-station is secure, if you are able to rattle the station, pets or children might be able to get in. Find the best rat bait. 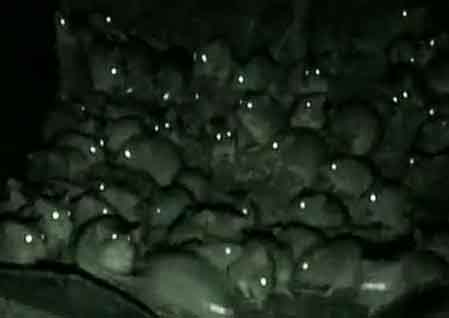 While disposing of exterminated rodents, keep pets away from bait and dead or dying rodents. Discard dead rats by burying or sealing in a plastic bag, and placing in the trash. Do not handle dead Norway rats with bare hands, and always wash your hands after direct or indirect contact to prevent risk of infection. Professional assistance can be obtained as an alternative, and most pest control companies will clean affected areas in addition to the removal of the rats.

The Norway rat is a member of the Muridae family and is part of the order Rodentia. It is commonly classed as a mammal. The Norway rat is a common rat with a brown or grey body up to 10 inches long with a similar tail length; the male weighs on average 12 ounces and the female nine.

The common rat can carry several pathogens, which can result in disease, including Weil’s Disease, Rat-bite fever, Cryptosporidiosis, Viral Hemorrhagic fever, Q-fever and Hantavirus Pulmonary Syndrome. The Norweigan rat is often associated with outbreaks of trichinosis. It is not known if the Norway rat transmitts the Trichinella larvae to humans and other animals. Trichinella pseudospiralis, also carried by the sewer rat, is a parasite previously not considered to be a pathogen in humans or domestic animals. Research has revealed that it is a pathogen, dangerous to humans and domestic animals.

More about this pest